The pros behind our brand

The core of Beacon Guidebooks is this dedicated and talented group of professionals who pour their knowledge, experience and passion into creating high-quality guides for you. 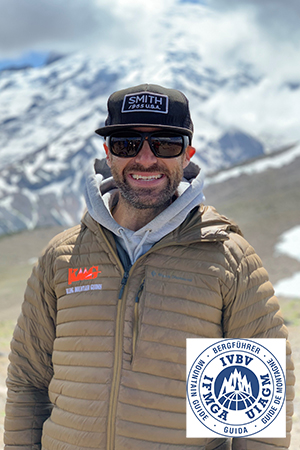 Josh Kling is an American Mountain Guides Association (AMGA) certified ski, alpine, and rock guide and IFMGA Licensed Mountain Guide.   He is the Coordinator of Permitting and Programming for the Outdoor Pursuits program at Fort Lewis College, where he tries to do one major human-powered ski trip with college students a year.  In 2019 it was a week long backcountry ski trip to Mt. Baker In WA, in Jan 2020 it was Hokkaido, Japan.  He is the founder of Kling Mountain Guides (now San Juan Expeditions), and author of Backcountry Skiing Silverton.   He is an AIARE Course Leader as well as a Lead Instructor for Wilderness Medical Associates.

Josh has been working and playing in the San Juan Mountains around Silverton, CO for over 20 years. How he fits it all into his life is as much of a mystery as how all those bumper stickers got on his Subaru Legacy way back in college. 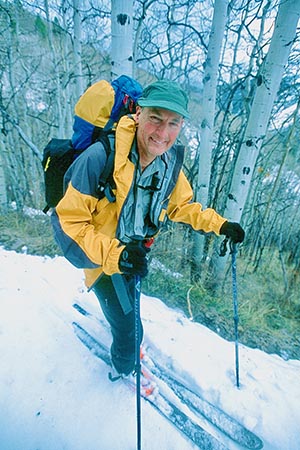 Alpinist, writer, photographer, and internet publisher Louis “Lou” Dawson climbed his first peak in 1961 at age nine. Since then, his mountain adventures have ranged worldwide. In the 1970s and 1980s he made his living in outdoor education and as a carpenter. During that time he pioneered notable rock and ice climbs in Colorado. He then combined his skiing skills with his mountaineering savvy to become one of Colorado’s most prolific and famed ski mountaineers.

Four decades ago, Dawson began his career in outdoor media with the publication of his first ski touring guidebook, Colorado High Routes. He subsequently published numerous guidebooks, then delved into history writing. Wild Snow — A Historical Guide to North American Ski Mountaineering for the first time brought the disparate history of North American ski mountaineering under one cover. Beginning in 1999, he wrote an opinion column and numerous feature articles for Couloir Magazine until it folded in 2007. He also developed and managed the Couloir website.

In 1998 Dawson established WildSnow.com, the first backcountry skiing dedicated website in the world. He wrote and edited for WildSnow.com from that date onward, producing more than 4,000 substantive blog posts that became go-to content for both recreational backcountry skiers and industry insiders.

In 2005 Dawson was inducted into the Colorado Snowsports Hall of Fame for his contributions to Colorado backcountry skiing, including his being the first person to ski down all 54 of the state’s 14,000-foot peaks. In 20016, he was lauded in a Powder Magazine feature article as one of “The Most Influential Skiers of the Past 35 years.”

Dawson’s grand adventure of skiing the Colorado “fourteeners” began with a ski descent of Castle Peak in 1978. He soon added a few others to his list, then in 1987 he set out in earnest to ski them all. He accomplished his goal in May 1991 with a climb and ski descent of Kit Carson Peak in the Sangre de Cristo Range of southern Colorado. A few of the fourteeners offered wide and gentle ski slopes; on others, Dawson contended with steep pitches of 45 to 60 degrees.

Dawson is married, and has one adult son. He long ago retired from extreme skiing. But he still does a prodigious amount of moderate ski touring in locales ranging from his Colorado home turf, to Europe. 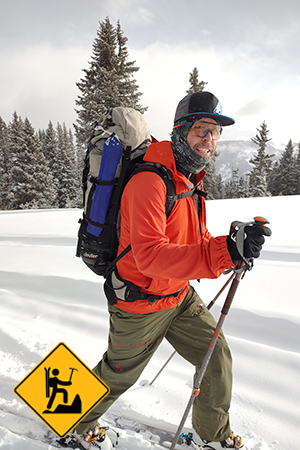 Rob began skiing and snowboarding as a teenager in Western Canada then learned how to hold an edge on the mountains of New Hampshire and Vermont. He has an insatiable desire to discover and has been exploring Colorado’s Front Range for over two decades. Rob is the creator of Front Range Ski Mountaineering, an online resource describing the winter backcountry skiing and spring ski mountaineering of Colorado’s Front Range mountains. His backcountry partners do not describe him as the quickest uphill, nor as the most stylish downhill, but they love how he shows up every time ready for more. 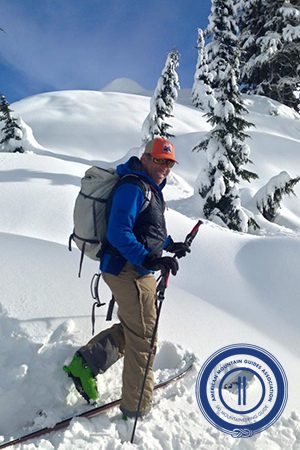 Matt is the founder of BC Adventure Guides, a certified Ski-Mountaineering Guide with the American Mountain Guides Association and a certified Avalanche Instructor with the American Avalanche Association. He began skiing as disco was dying at New York’s Hunter Mountain, ‘The Snow Making Capital of the World’ and a summer ski trip to Mt. Hood inspired him years later to move from New York City to Washington State for college where he never looked back. Matt let his curiosity for steep, wild snow, combined with his passion for travel and big mountains lead him to guiding trips to Antarctica, Europe, Asia, North & South America. In an effort to help preserve wild places, Matt completed his MBA in sustainable business from BGI and started his own company, Back Country Adventure Guides. Between completing his ‘honey-do list’ and enjoying the greatest touring on Earth at Snoqualmie Pass, Matt now shares his passion for snow with his daughter. 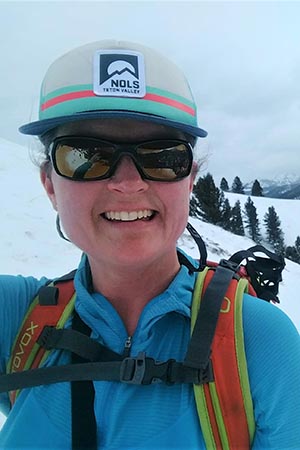 Alexis is the author of Avalanche Search and Rescue: A Backcountry Field Guide. A professional member of the American Avalanche Association, she has been teaching avalanche education courses since 2006, including for the National Outdoor Leadership School (NOLS), the Northwest Avalanche Center, Everett Mountain Rescue, Big Sky Backcountry Guides, and the Friends of the Gallatin National Forest Avalanche Center. She served as a volunteer mountain rescuer for nearly a decade, with roles including Winter Training Coordinator, board member, Operations Leader and Field Team Leader. A professional outdoor and classroom-based educator for nearly two decades, Alexis excels at simplifying complex information and giving students tools to make information stick. 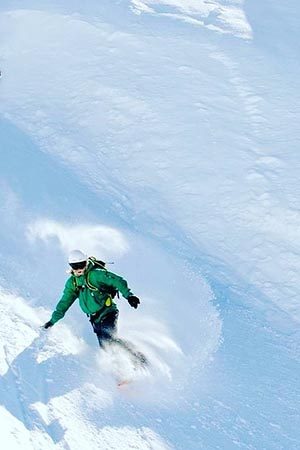 Bass is a journeyman ski patroller, an unreliable weather nerd, and an amateur dirtbag.  These days he spends his winters splitboarding and telemark skiing mostly in the Wasatch and he flocks to the Andes in the summer for Frey trips and Tage empanadas. Bass is a recovering mechanized ski guide that’s still trying to perfect kick-turns on the uphill and link telemark turns on the way down; all his GNAR points have come solely from whacking poles. When Bass is drying his ski boots, he is an advocate for sustainable development goals, a steward for clean water and sanitation solutions, and a defender of fair recreational usage on public lands. 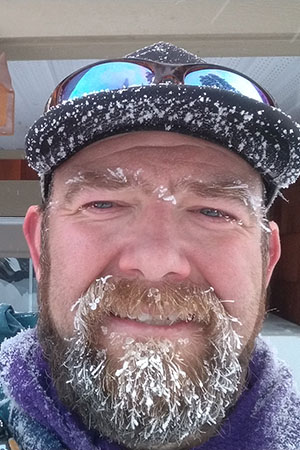 Sam grew up in the mountains of Washington and California, making numerous summer and winter backcountry trips into the Olympics, Cascades and Sierras. After college, Sam took a job with Olympic National Park and served as the Glacier Meadows/Mt. Olympus Ranger. It was here that he began exploring deep into the range on skis. Currently, Sam works seasonally for the NPS on a large volcano in the summer, while spending winters as a ski guide and NWAC Pro Observer. He lives in Port Angeles with his wife and feels very lucky to have Hurricane Ridge as his backyard. 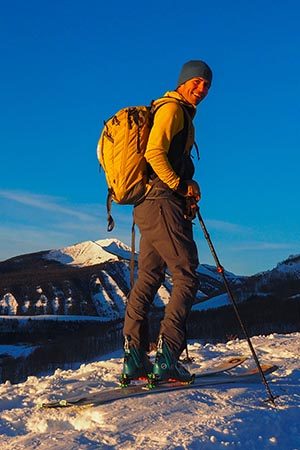 Andy is the founder, owner  and publisher of Beacon Guidebooks. A self-professed map-geek, Andy has been skiing Colorado’s backcountry his entire life. Raised on cross-country skis pulled from a dumpster in Fort Collins, he started his ski career following his parent’s tracks along Cameron Pass. Having perfected the classic wobbly telemark turn, and subsequent telemark face-plant, he moved to Durango, where he graduated from Fort Lewis College in Durango. From woodworking to book writing, Andy is a craftsman to the core. He believes that sharing crucial information and photos about skiing the backcountry will help travelers spread out, get inspired to explore, and most importantly, make better and safer decisions. He shamefully (but happily) admits he finally traded in his telemark gear for proper alpine touring gear.

Andy Sovick now lives with his wife and son in Gunnison where they play, garden, and adventure. He serves on the Crested Butte Avalanche Center board of directors, serves on the Gunnison County Planning Commission as vice-chairman, and is the co-founder of Gunnison Waves. Besides skiing with his family, his current favorite thing to do on skis is explore obscure, new terrain, and commune with good friends along the skintrack. 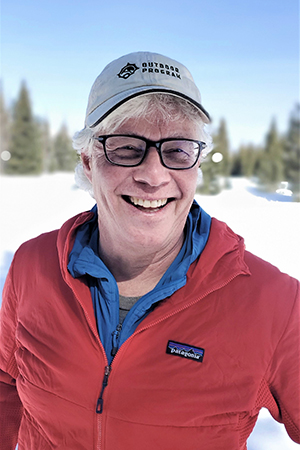 Rodney Ley began skiing in 1964 on wooden skis with cable bindings and lace-up leather boots. Most of his friends think he should be a better skier by now! Rodney first skied on Cameron Pass in 1972 and it remains his favorite spot to ski. In 1985, Rodney founded the Never Summer Nordic Yurt System in the Colorado State Forest, one of the first backcountry yurt systems in the U.S. He served as the Cameron Pass avalanche observer for the Colorado Avalanche Information Center from 1986 to 1991. In 1990, Rodney began a 30-year career as director of the Outdoor Program at Colorado State University. His proudest moments are summiting 22 peaks above 15,000’ with CSU students on three continents. 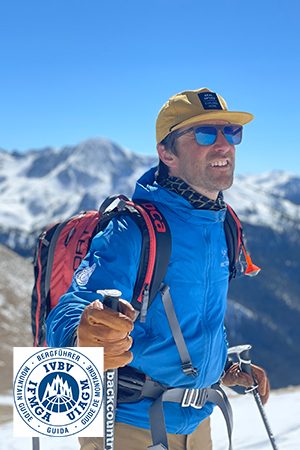 Mike Soucy is a lifelong skier and avid climber who has frequented Rocky Mountain National Park for 25 years. Winter and spring often find him searching for sheltered powder turns, exploring the lesser-visited corners of the Park, or just taking a quick lap at Hidden Valley. For Mike, summer and fall are for rock and alpine climbing on the walls that form the scenic backdrop for his favorite ski descents. No matter the season, Mike earns a living working as a local mountain guide, The Park is often the training ground where he and his guests prepare for trips to the Alaska Range, Canadian Rockies, or European Alps. Mike strives to be a reliable resource for route beta and conditions, as well as a trusted partner and mentor to his friends and students in the mountains.

If you’re interested in joining our team of top-notch authors or you're looking for a publisher for your idea, we'd love to hear from you!
We have created a full set of publishing tools for an author to get his/her information into a great book and/or map with relative ease and efficiency.

Fill out the inquiry form below and we'll respond as soon as possible.